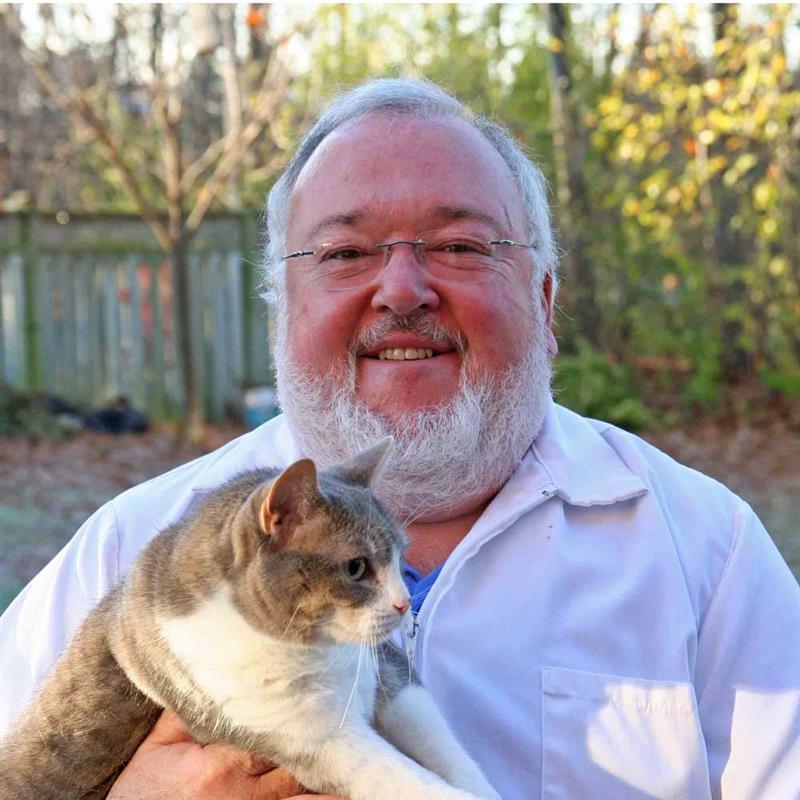 Animals, large or small, gravitate to Dr. Smith; they intuitively sense that he likes and cares about them.  Dogs often run into the exam room to see him and grumpy cats will be purring by the end of an appointment.

Bob was raised in a rural community on the Bruce Peninsula and after high school attended the University of Western Ontario where he obtained a Bachelor of Science degree in Physiology and Pharmacology.  He continued his studies at Western earning a Master of Science degree in Pharmacology.  Armed with his new degree he entered the pharmaceutical industry but rapidly realized that it would not provide a fulfilling career.  So Bob returned to school to become a veterinarian, graduating from the Ontario Veterinary College in 1983.  He then joined Dr. Horner at South Peel and never left.

In the years since his graduation, veterinary medicine has evolved tremendously and Dr. Smith enjoys keeping up with these changes.  Having studied pharmacology at a graduate level he is particularly interested in the medicine side of practice including selecting the safest vaccines, and the most effective drugs for use within the practice.  He has a special interest in pain management.

Bob is married to Patricia and they have two children.  Aaron is a commercial pilot and air traffic controller.  Alison graduated from the Royal (Dick) School of Veterinary Studies, in Edinburgh, Scotland and has joined her father in the South Peel practice.

Over the years the Smith household has included many pets and is currently comprised of Jenny and Mars, their two exuberant golden retrievers.

Dr. Alison Smith’s interest in veterinary medicine began at a young age. When she was little she loved to accompany her father on evening trips back to South Peel to check on patients. At that time she went to play with the dogs and cats. Her interest continued to grow and while in high school and university she worked as an animal care attendant and receptionist at South Peel during school breaks.

After high school Alison headed off to the University of Guelph to study Biomed in preparation for vet school. Since high school she had dreamed of going to the Royal Dick School of Veterinary Studies at the University of Edinburgh. She applied to Dick Vet, was accepted, and after graduating from Guelph headed off to Edinburgh for four years of studies. While there she had many interesting experiences which included delivering lambs in southern Scotland and working on a jersey farm on the Isle of Jersey. She participated in an exchange with Colorado State Veterinary school and spent a month there doing internal medicine and dermatology.

Dr. Smith looked forward to returning to Mississauga to practice with and learn from her father. Currently, she is working towards a Masters in advanced clinical practice and has been finding that this additional knowledge has been very helpful in diagnosing and treating her patients. You will usually find her in surgery in the mornings and seeing patients after lunch.

In her spare time Alison enjoys hiking and photography. Periodically Mars, one of the family golden retrievers, joins her on hikes. While at university in Edinburgh she was able to travel in Europe and is looking forward to continuing her exploration when the pandemic permits. In the interim, she enjoys paddle boarding and kayaking at the family cottage on the Bruce Peninsula. She shares her home with a cat called Lewis whom she obtained from Mississauga Animal Services. 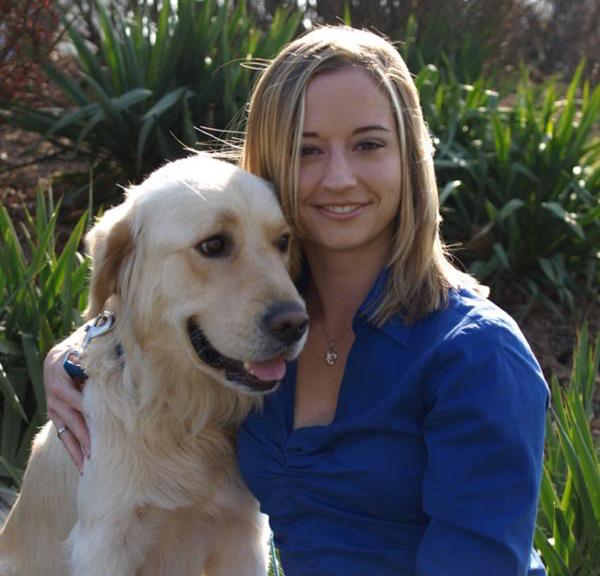 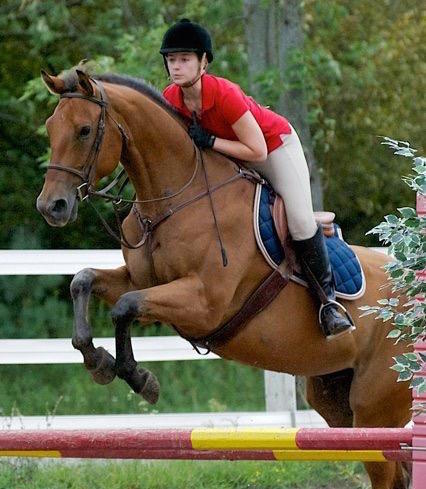 As a child Dr. Williams could easily be described as a barn brat.  Horses were her passion and she was convinced that she would become an equine veterinarian.  But fate intervened when she joined South Peel as a kennel attendant during her high school years.  She fell in love with small animals and from that time knew that dogs, cats and other small mammals were her calling.

Elaine is a native of Mississauga. As a student in Mississauga she loved science and so headed off to the University of Guelph where she completed two years in Animal Biology prior to being admitted to the Ontario Veterinary College. She graduated from OVC in 2009, receiving the award for the top student in ophthalmology. Elaine practised in Toronto and Clappison’s Corners prior to moving to London, England where she practised for two years before returning to Canada and South Peel.

Dr. Williams enjoys working with all small animals.  While in London she developed an interest in rabbits and other small mammals and she brings this experience to South Peel.  She likes the variety and extra challenges that treating exotics give.  She also enjoys soft tissue surgery and ophthalmology.  Dentistry is an area of special interest to her because, as she says, the results of dentistry are very rewarding.  Seeing the pain and other problems associated with dental disease disappear after dental work is completed is particularly gratifying for Dr. Williams.

Elaine and her husband, Dave, a chartered accountant, share their home with two cats and a dog.  Kiara and Chase were both strays who found a home with Elaine, and Brigadier, a golden retriever cross, was adopted by Elaine when he became ill and his original owners could no longer care for him.  Elaine enjoys jumping and trail-riding with her quarter horse, Jake.  In addition to her joy of riding, Elaine likes to participate in ballroom and Latin dancing.  Travel is a passion of hers and visiting Australia and New Zealand are part of her future plans. 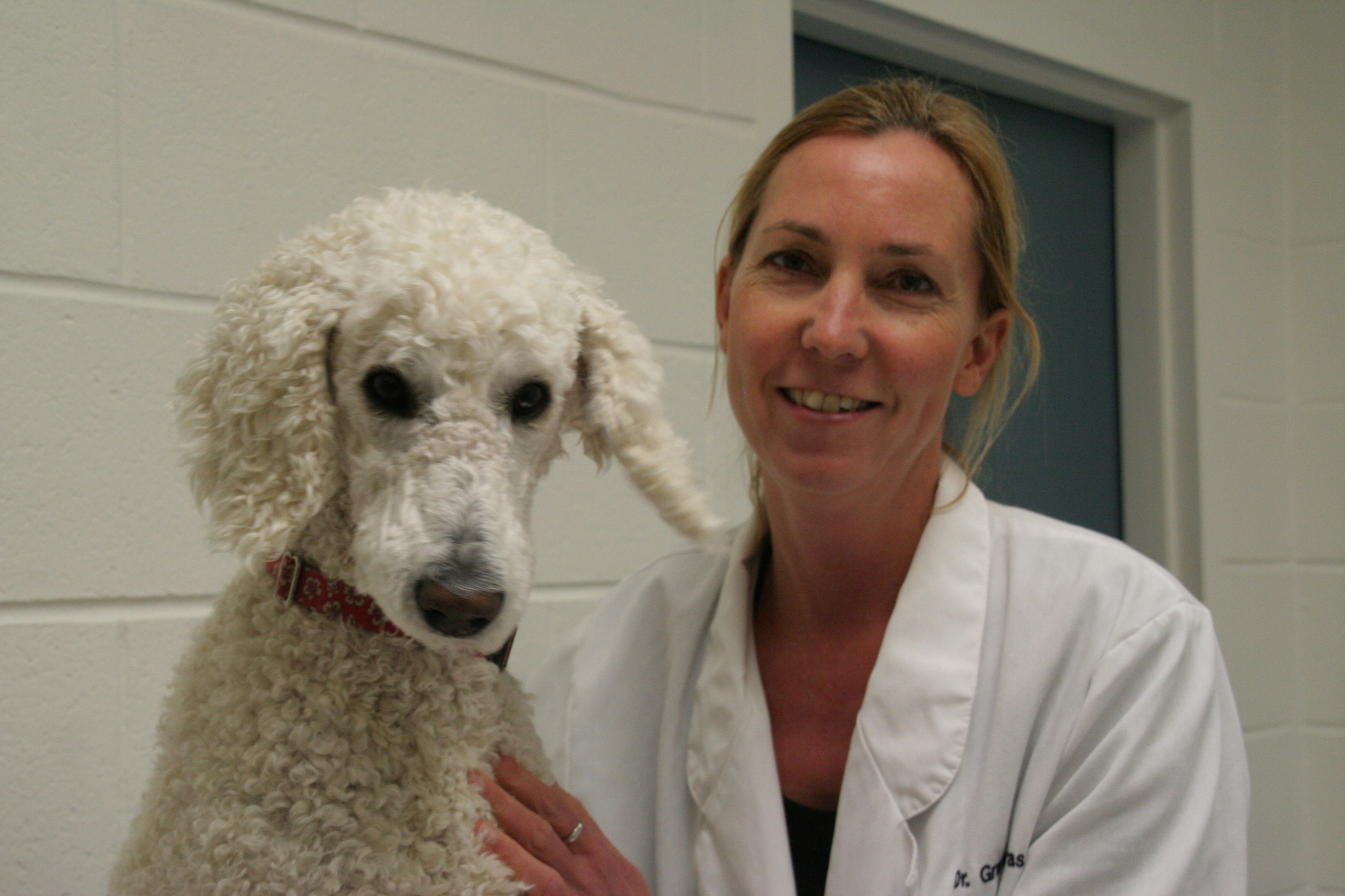 Dr. Jutras also graduated from the Ontario Veterinary College.  Prior to joining South Peel she practised in Pickering and Scarborough.

Grace enjoys interacting with both pets and clients as well as performing surgery.

Grace has always had a love of animals.  Currently she raises service dog puppies until they are ready to enter their training programme.

Registered Veterinary Technicians provide the nursing care in a veterinary hospital.  They are skilled professionals who have attended college and written a common exam to become registered.  RVT’s assist in surgery, take x-rays, take blood and meet with clients to discuss health situations all under the supervision of the doctors.

If your pet requires emergency treatment outside office hours please go to either of the following: 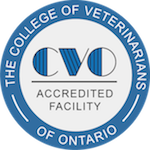